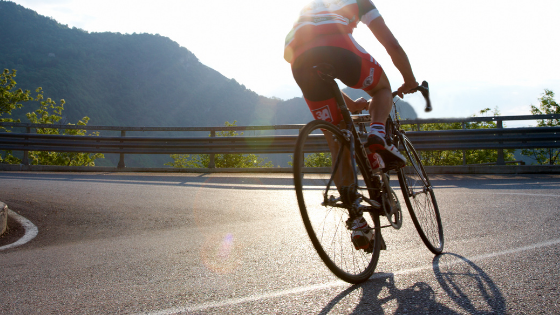 It has been proven that complementing your cycling with a spot of strength training leads to stronger, faster and more sustainable optimum performance – compared to solely cycling.

Strength training’s also associated with forging a more bulletproof body and so reducing the chances of injury; delaying – if not reversing – age-related decline in muscle mass; raising power output; and boosting bone density. In short, strength training will benefit you whatever genre of cyclist you are, be it a sportive rider, downhill mountain biker or IRONMAN triathlete.

How much should you do?

Conversely, this is where you must remember you are a cyclist, not a bodybuilder, so we’re talking an ideal of twice a week when you’re cycling less (during the winter, for example, when the weather is inclement), which you can reduce to once a week when mileage increases.

How many reps and sets?

Well, you can’t go far wrong with following retired sprint sensation Marcel Kittel’s programme. The German focused on high weights and low repetitions to build power output during the off-season, which he tweaked to lower weights and more repetitions during the season. This template change, Kittel said, was designed to add sustainability to efforts, which paid off on the flats but also helps on climbs.

What about the exercises? Well, there are many you can choose from but arguably these are the top four… 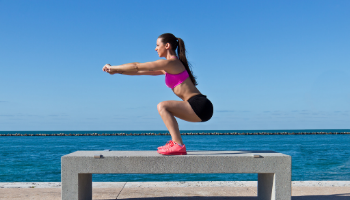 Squats are the most popular leg exercise utilised by cyclists of all levels. Why is down to myriad reasons, but key is that squats really work your quadriceps, which are integral to a powerful pedal stroke. Also, when you’re standing with the bar across your shoulders, firstly you need to stabilize your position, which activates other muscles simply to keep you standing.

Squats are a simple exercise whose complexity can be cranked up if you’re a marginal-gainer. We’re aware that the Trek-Segafredo pro cycling team use a device similar to a power meter on a bike that measures the speed of your squat, called T-Force. The riders then perform a full squat in 0.9m to 1.2m per second. If they do it faster than that, the support team increase the weight though it’s never usually beyond 40 or 50kg. Key, though, is that the team never take them past five or six repetitions as they’re looking to “strengthen” the neuromuscular system rather than bulk up their muscles.

Anyway, I digress. Here’s how to squat, though I’ll describe the goblet squat as this dispenses with the barbell, which may come in useful if you’re still enduring lockdown.

How to (goblet) squat

Stand with your feet a touch wider apart than your shoulders. Across your chest with your elbows tucked nicely in, you should hold a dumbbell or kettlebell. Then simply begin your squat, ensuring you keep your elbows inside your knees. Make sure your heels remain on the ground and aim to stop when your thighs are at a 90° angle to the floor. Then slowly come back up, driving through the heels. Around four sets of 10 reps is fine, though you might want to drop that to three sets of six to eight reps if you’re using a barbell and heavier weights. 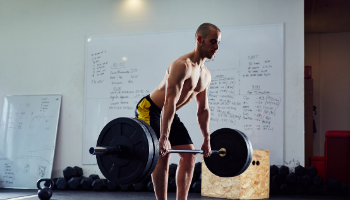 Too many cyclists and triathletes stomp on the pedals, leading to an inefficient pedal stroke that leaches energy and results in early fatigue. Instead, your pedal stroke requires effort for the entire 360°. That means activating your hamstrings more than you do now. Crack this and you’ll ultimately ride faster for no more effort. And that’s why the Romanian Deadlift is such a useful exercise – it works and strengthens your hamstrings.

How to Romanian Deadlift

Position your feet shoulder-width apart with a barbell in front of you. Pick up the bar, again with your arms around shoulder-width apart. Bend your knees slightly and stick out your bum. Then bend at your hips and keep your back straight. Then drop back down until the weight’s slightly below your knee or you feel a stretch in your back. Then immediately drive through your hips and hamstrings until upright. Three sets of 10 reps is good. 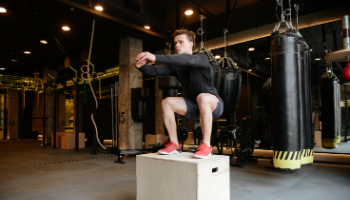 These are a staple of many a top sprinter’s gym training including multiple Tour stage winner Caleb Ewan. And you can see why as they’re fantastic for building explosive power. They really tap into your fast-twitch fibres, which you engage when looking to generate maximum power.

How to box jump

In front of you, position a stable platform. The ideal here is a soft plyo jump box, which is rectangular shaped so you can vary the height of jump depending on your leg power and abilities. Now, position your feet slightly wider than shoulder-width. Then simply squat down and jump onto the platform. Jump off and repeat. Four sets of 10 reps is a good start. You can crank up the difficulty by keeping your arms still when jumping. Just note that this can affect your balance, leading to the occasional topple! 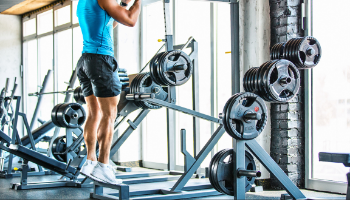 Follow a trained cyclist and you can’t fail to be impressed with their sinewy, sculpted calves. Their lower limbs are a badge of athletic endeavour because your calf muscles are constantly flexed and stretched to deliver power through the pedals.

How to calf raise

These are easily done from the comfort of your home. Simply stand around shoulder-width apart and raise yourself on your toes in an easy, controlled manner. Lower yourself equally slowly. Do this 20 times over three sets. You can increase the difficulty by calf raising off a step or by using the calf-raise machine at your local gym (if it’s open).

There you have it – a quartet of exercises to improve your cycling performances. Just note that if you’re really overloading with strength exercises, it doesn’t do any harm to increase your protein intake via something like an extra egg or chicken breast. You can also play around with proven supplements like creatine if you’re inclined, though beware that creatine holds onto water so you could add weight.