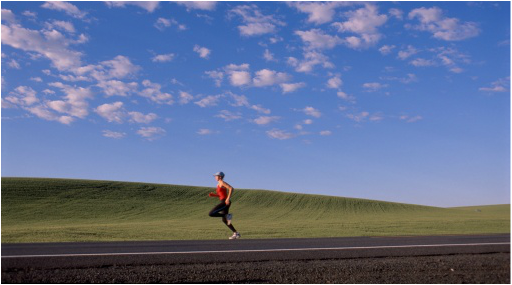 Studies conducted over a 30 period show that 60 to 66% of runners experience at least one injury per year that stops them from training. So, if you’re getting frustrated by constant niggles, you’re not alone. ​In this feature, I reveal five things that increase injury risk and how you can use them to prevent getting injured in the first place.

Many runners get injured, because they run too fast, too often. One scientific study tested runners of similar ability and found that those with ITB Syndrome ran an average of 3 seconds faster per mile in training versus their baseline ability. While it’s good to mix up your intensities, it’s also important NOT to run too hard all of the time. Heart rate monitors and pace watches can help you here, especially if you have a set of personal training zones to work from.

The best way to avoid injury is by doing most of your running in Zone 2, which is an intensity that feels easy to steady. At this intensity, you should be capable of having a full conversation, without struggling to talk. If you can’t chat, you’re going too fast.

Many athletes go a little harder than Zone 2, because they want to look good on social media apps like Strava, or because Zone 2 feels too slow. But, there is no proven benefit to training “slightly” above Zone 2.  It just contributes to your training stress and overall injury risk.

There have been lots of studies about how much training you should do in Zone 2, and the consensus is that 90-95% of your total duration (or 80% of session types) should be done at this intensity. This is based on the training of the most successful athletes, rather than Mr/Ms Average. Either way, if you’re doing too much more than this, you’re increasing your injury risk, for no good reason.

You can use my training zone calculators, to get an estimate of the heart-rate, pace or rate of perceived effort (RPE), to see what Zone 2 looks like for you. Once you know, you should then do most of your running at that intensity, preferably as part of a structured training plan that involves some speed work too.

2. Running on hard surfaces all the time

When you run on hard surfaces such as concrete, your legs bend more to absorb the shock. When you run on soft surfaces such as sand, your legs stay stiffer. Evidence suggests that no single terrain or surface will cure all your injuries. But it’s important to mix things up. For example,  running on pavements one day and trails the next. This variety will stress different parts of your body rather than over-stressing any particular area.

Similarly, it’s good to alternate your running shoes, rather than train in the same pair each time. Each pair will distribute the stress on your bones and soft-tissues in a subtly different way, which can lower your risk of injury.

Several studies have shown an increased injury risk for runners who cover upwards of 40-miles per week, compared to those who cover 10-39 miles. Other studies suggest that your optimal weekly mileage depends more on your experience, training background and ability. Either way, the old adage of “increase your mileage by no more than ten per cent per week” is an absolute minimum.  Five per cent is better.

For each individual, there’s a sweet-spot weekly distance, above which you’re far more likely to get injured. For me (providing I build up gradually) that threshold is around 50-miles per week. It may be less or more for you. Either way, learn from your mistakes and don’t necessarily copy other people’s training just because it works for them.

Several studies indicate that running frequency (the number of runs you do each week) can influence your injury risk. Those who do 6 to 7 runs per week are at the greatest risk, whereas another study showed that females who run just once per week are also at a higher risk of injury.

There is no “right amount of running”, but you can experiment by gradually trying different frequencies until you find the right level for you. If you’re constantly getting sore legs from running 6 times per week, try dropping one run from your weekly schedule. Don’t feel that you always have to run more to improve. Consistency and quality are just as important.

5. Not looking after yourself

A willingness to invest in yourself is important. Don’t leave anything to chance if you’re training for a big event or following an ambitious training plan, and make sure you do these three things:

The best way to fix an injury, is not to get injured in the first place. The tips above might sound like extra hassle and work, when all you want to do is go running. But if you follow them, you’ll save yourself months of frustration, lost fitness and money spent searching for solutions. Hopefully, you won’t become one of the 66% of runners who get injured each year.