How To Run A Fast Marathon 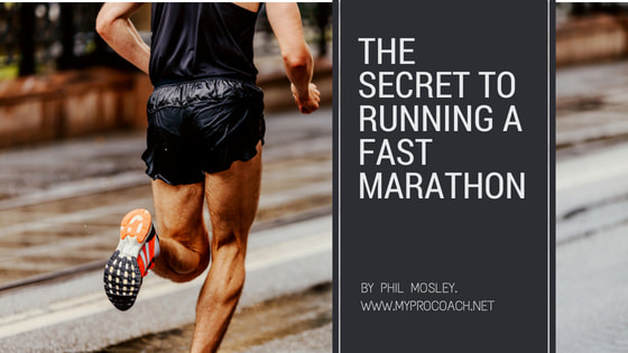 In this blog I want to share with you the secret to becoming a faster marathon runner (and faster at shorter distances too).

It’s not about being super skinny (although it helps). It’s not about training harder or doing more speed work. And it’s not about your new running shoes or fancy GPS watch. You can’t buy this secret. What is it then?

The secret is: Running slower, more.

Ok, it’s not a very exciting secret I’ll admit. But the performance benefits can be miraculous, as I’ll explain below. Let me start by giving you my own story before we talk about how you can apply it to your own training.

Between November 2016 and May 2018 I lived in Perth, Australia (I’m from England originally). While living in Perth I trained 2 or 3 times per week with a local group of marathon runners.

The thing that stood out for me was that they ran very slowly in training. So slow in fact, that I got annoyed at first. I felt like I was almost tripping over my own feet to maintain their pace. I worried I was wasting my time.

Some of the guys ran 85 miles per week, whereas I was doing more like 20. I found that when I did more mileage, I picked up more injuries.

On race days the guys would consistently run 2:45 or faster for a marathon. Which was surprising to me, given how slowly they ran in training. The steady runs we did together were at 7:30 mins per mile (4:40 mins/km). If it had been my choice we’d have been running at more like 6:55 min/mile pace.

At one point I picked up a calf strain and couldn’t run for 12 weeks. When I eventually made my comeback I decided to start running at a slower pace, just like my friends did. It was difficult at first. I’d be jogging along thinking: “This isn’t even training. What’s the point?”.

Still, I carried on doing it for six days per week and I soon racked up eight weeks of injury free running. No strains, no soreness, no worries.

That was rare for me. And I was soon able to throw in a couple of faster workouts each week, in addition to my four slower runs.

Six weeks later the running group held a beer and pizza night. I drank five large beers (a lot for me) and I drunkenly fell into bed at around midnight.

During our pizza meal we’d arranged to meet the next morning at 8am for our local 5km timed Park Run event. It seemed like a great idea at the time, but when my alarm went at 6:45am I was seriously regretting it.

I nearly missed the start and was still carrying my sweater, phone and headphones when the race started. I was happy to see three of the other guys had also made the start line. They didn’t look as bad as me.

The start gun went and two of them raced into the lead. I ran at what felt like a slow pace, worried I might get sick. It was a hot day too.

Thankfully the race soon ended. I was third finisher and my friends came first, second and fourth. I looked down at my watch, expecting to see a relatively slow time. And it said 16:42 for 5km, which came as a big shock. It wasn’t a personal best, but it was one of the fastest times I’d run for a while.

The following weekend I went to another Park Run, this time without a hangover, and ran 16:21 for 5km. Clearly something was working with my training. Perhaps it was to do with running slower in training.

So what are the benefits of doing most of your runs at an easier pace?

There are a couple of physiological benefits to slower runs too. One is that they improve your ability to use fat efficiently as a fuel. This means you can go for longer, while preserving your precious reserves of stored glycogen (your go-fast fuel).

The other benefit is that slower workouts help to increase your capacity to clear lactate and re-use it for energy creation. Lactate is a by-product of exercise and when it accumulates it increases your fatigue levels.

When I coach athletes we call talk about “Zone 2” training, referring to all the slower stuff. It is an intensity that has been defined as feeling Easy to Steady.

Most athletes (particularly men) believe they need to train at the top of their Zone 2, or slightly above it. As if training harder is always better. “No pain, no gain.” However it’s usually better to train at the lower end of your Zone 2 range. You get similar benefits without as much fatigue or injury risk.

So what does your Zone 2 look like? It’s important that you work this out, rather than just guessing it. You can either use heart rate or pace as your intensity measure.

For heart-rate based training, you can use your maximum heart rate as a guide. Whereas to use pace as your guide, you’ll need to know your current threshold running pace.

If you don’t know them, that’s totally fine. There are two simple fitness tests you can do to find out.
​
1. Max Heart Rate Test
2. Threshold Pace Test

After performing these tests you can easily work out your zones using our online Training Zone Calculators for pace and heart rate.

And once you know what your Zone 2 range looks like, you should aim to do at least 80% of your training at that level. Once you’ve built up your slower running, you can introduce one or two sessions per week that involve faster running, such as fast reps, a short race or a tempo run.

By running in Zone 2 most of the time, you can build greater consistency. This means fewer setbacks and a gradual upwards trajectory of fitness. It’s worked for me and I’m enjoying my runs more as a result.

So the next time you’re training, don’t feel guilty about going too slow. It’s probably doing you more good than you realise. Hopefully you’ll see the full benefits at your next marathon.