How To Analyse Your Triathlon Race Data 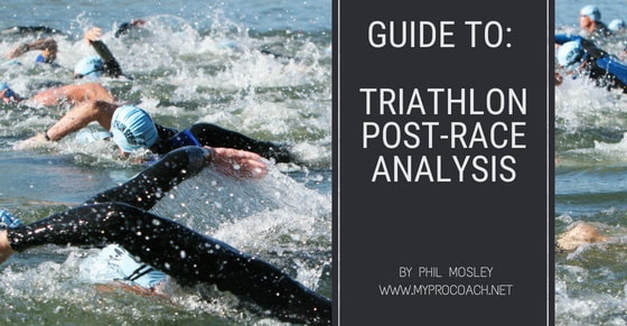 Triathlon post-race analysis. What to look for and how to use it effectively.

It’s natural, whenever you take part in an event, to analyze your results afterwards. Apps like Strava, Garmin Connect and TrainingPeaks make this easier to do, and also help you compare your performances against others.

The problem is, unless you analyze your race results properly, it can lead you to draw false conclusions. This can be demotivating and might cause you to change your training regime unnecessarily. In this blog, I’ll help you examine your race data based on facts rather than blind optimism.

The first thing that everyone does after a race, is to look at their race finishing time and splits. There’s nothing wrong with that, I do it too. And if you’re anything like me you’ll feel one of three ways afterwards:

That’s partly because there are dozens of variables at play in a triathlon. No two races are the same. And no two days are the same. Comparing your race times or race splits is not an accurate method of analysis. You’re not really comparing apples with apples.

For starters, triathlons aren’t always accurate. The realities of planning a safe race-route near a swim and transition, means there is often some leeway in the distances given.

And that’s just the start. I’ve made a slightly boring list of race variables below. Feel free to scroll on past it.

Boring List of Variables That Will Affect Your Triathlon Splits

The list above does not cover everything, but it still covers 33 different things that can significantly affect your race splits. Are you starting to get the idea? Hopefully, you can see that race splits aren’t always the best way to compare your performances.

There’s another way of analyzing your race performances. If you look at the results PDF for most triathlons, you’ll see how you ranked against other competitors by discipline. For example, your swim ranked 10th, your bike ranked 15th and your run split ranked you in 25th.

Sometimes these rankings are given by age group, sometimes by overall position and sometimes both.

Comparing your finishing position for different disciplines is useful because it shows where your strengths and weaknesses were on that given day in relation to everyone else. However, it’s important to avoid jumping to conclusions from this information. There are two big reasons why.

1: The level of competition varies massively between events. I once had the fastest swim split at a triathlon and afterwards, I thought: “I’m awesome!”. Then a week later my awesome swimming ranked me 80th at a different triathlon.

2: Your performances in each discipline are affected by your pacing in the previous discipline. You could have a fantastic swim and bike, but a relatively slow run. But that doesn’t mean you’re a bad runner. It might just mean you were over-tired because you swam and cycled too hard.

A couple of weeks before you start racing, you should perform three different fitness tests in controlled conditions, to establish a set of baseline data.

Armed with this baseline data, you can then analyze your race results objectively. No more guesswork or false assumptions. After doing these tests you will have a better idea of how you might expect to perform on race day.

3.   Running Threshold Test.
To establish your current pace and heart rate for a 1 hour time-trial.

In all my training plans I include these benchmark fitness tests every eight weeks. They should be done in recovery weeks, so that fatigue does not affect the results. These three nuggets of performance data can then be used to evaluate your results.

Just remember when analyzing your race data using your test results, you must factor in the accumulative fatigue of all three disciplines on race day. For example, an Olympic distance triathlon is a 2 to 3-hour race. Therefore, it is highly unlikely you’ll run your fastest ever 10km time at the end of it all

I use Training Peaks for post-race analysis (all my training plans are hosted on this platform). If you use a power meter for cycling, a pace watch for running and a heart rate monitor throughout, you’ll have some great post-race data to look at.

If you do not have a power meter or pace watch, you can look at your heart rate throughout, as a guide to your intensity and how your body reacted at various points. It might show you that you went too hard (or too easy) compared to previous races. But it doesn’t give you the full picture. For this you need power and pace too.

The way you paced yourself on the bike also affects your ability to run. If you noticed signs of slowing during the bike leg, that fatigue will usually translate into the run leg too. Sometimes people think they are bad runners, when it’s actually because they cycled too hard.  What percentage of your Threshold Run Pace did you maintain? How consistent was your run pace? Did you slow down throughout or stay strong? Did you start too fast? Was your overall run time slower than you expected? All these factors will give you information about how you did. And how to pace your swim, bike and run next time.  If your heart rate went super high on the climbs, that suggests you pushed them too hard. Whereas if your heart rate climbed on the flat sections, while your run pace stayed the same or slowed, it can be a sign of heat stress.  All these points will help paint a picture of how your race went down.

To help you set realistic expectations on race day, check out our blog posts on race day pacing. You can use them in conjunction with the results of your fitness tests (see above). They will give you a realistic idea of what to expect on race day.  This also puts you in a better position to analyse your race data afterwards.

For more help with your triathlon training, preview our 4 to 48-week structured training plans with email support.