What Are The Age Groups in IRONMAN? 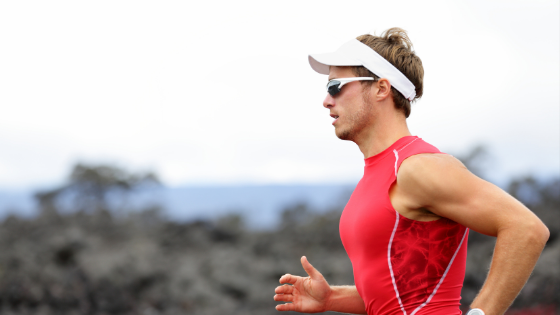 Here’s how to understand the age-groups and, who knows, maybe even qualify for the IRONMAN World Champs in Hawaii.

At the IRONMAN World Championships in Hawaii back in 2019, before the Covid pandemic swept over the planet, Germany’s Jan Frodeno won the men’s race in 7:51:13. His countrywomen Anne Haug won the women’s race in 8:40:10. Both incredible times to cover a 3.8km swim, 180km bike and 42.2km run. Thankfully, this elite peak of the IRONMAN pyramid is a narrow one.

For recreational – aka age-group – triathletes, the base is a much broader one and the times are more befitting committed athletes who balance triathlon and work, with the cut-off time for an IRONMAN 140.6 being set at an achievable 17 hours for both men and women.

Recreational triathletes are also split into age-group categories to level the playing field. But what are the categories? It’s a popular question asked by beginners, so here they are (note: you race in the IRONMAN age group that reflects your age on 31st December of that calendar year)…

WHAT TO EXPECT FOR YOUR AGE

So, you know your IRONMAN age group, but what next? Well, there are countless full IRONMAN events around the globe. But, you can’t underestimate the challenge of the behemoth that is long-course triathlon. It’s tough, takes dedication and constant self-assessment to ensure you grow in strength and don’t overtrain.

If you manage to hit this sweetspot between training, recovery and adaptation, well, you could fast-track your way through the IRONMAN age-group qualifiers and who knows – you could soon be lining up with the world’s best at Kailua Bay, Hawaii, for the IRONMAN World Championships.

If you do, how competitive your age group will be is often a numbers game. To that end, analysis by Russ Cox into age-group participation at the 2019 IRONMAN World Championships threw up some interesting statistics…

This theme of participation and performance also featured in the International Journal of General Medicine where a team of researchers led by Michael Stiefel of Zurich University analysed the performances, age and gender of finishers at IRONMAN Hawaii and its qualifying races in 2010.

The team set about their own feat of endurance by examining the results and details of 41,367 athletes including 1,847 who competed in Kona. Of that number, 39,518 athletes crossed the Ironman finish line of whom 7,480 were women and 32,038 were men.

There were five main findings…

Now you know what it takes to perform at IRONMAN races, it’s pertinent to know that though qualifying for the IRONMAN World Championships might seem a way off, every full-distance M-Dot event offers a minimum of one qualifying spot per age group for Kona. The number of qualifying slots does vary, however, depending on the number of triathletes in each group with, as we’ve mentioned, the 40-to-44 category (and the 35-39) usually featuring the most competitors and therefore most slots.

But that’s not the only path to Hawaii. You can enter the IRONMAN Lottery, purchase entry through IRONMAN’s eBay auction with proceeds going to charity and, for those who’ve raced IRONMAN for years, there’s also the IRONMAN Legacy programme, aimed at those who’ve completed a minimum 12 full-distance IRONMAN events but have never made it to Kona.

So, there you have it, everything you need to step into the world of IRONMAN. Just remember to train smart, fuel well, recover and enjoy the journey.