How To Train For An Olympic Triathlon

An Olympic distance triathlon involves a 1500-meter swim, a 40-km bike and a 10-km run. The average time taken to complete an Olympic distance triathlon is between two and three hours, and so the training can’t be taken too lightly. The best way to train for an Olympic triathlon is to include regular swimming, cycling and running into your lifestyle. That may sound obvious, but the point is that other types of cardiovascular training are not as effective. For example, activities like aerobics and rowing are great, but they’re not the best use of time for a triathlon. You’re better off sticking exclusively with swimming, cycling and running. Plus, some strength training, if you have the additional time.

Essentially you need to train your body, so that you’re eventually able to swim 1500m, cycle 40km and run 10km, back to back. Think of the triathlon like one long race, rather than three separate events. The challenge of training for an Olympic triathlon is fitting it all in, on top of everything else in your life. To improve at all three disciplines simultaneously, you need to train twice per week for each one. That’s six workouts per week, before you’ve even considered strength training. For this reason, it’s important to carefully plan your training, before you start. The sessions should start off small, and you can build them up gradually over the weeks and months.

Table of Contents (click to scroll to each section)

This is most people’s weakest area, and the aspect they are most concerned about. If you’re not a confident swimmer, it’s a good idea to sign up for a series of adult improver swim lessons before you start a triathlon training program.

Once you can swim 400 meters or yards freestyle in a pool without stopping, you can then train on your own more, or in a group. Break up your swim workouts, into smaller chunks with regular rest periods. Slowly increase the duration of your workouts each week, so that you’re eventually able to swim a 2km session (with frequent short rests). By this stage, you could also test yourself with a 1500 non-stop swim.

We suggest you always have some idea of what you’re doing, before you get in the pool. You’ll get more out of following a pre-planned workout, than you will by plodding up and down aimlessly. If you follow our training plans, we do all the thinking for you. We also include video swim drills, to help improve different aspects of your stroke.

If you’re thinking of doing a triathlon with an open water swim, it’s a good idea to practice swimming in that environment too. It doesn’t have to be every swim you do but aim for at least two open water swims before you race in open water. We include these workouts in our training plans too, in the lead up to race day.

Aim to cycle a couple of times per week (or more) and gradually build your longest rides up to 50 km (or 30 miles). This will give you enough fitness for an Olympic triathlon, with a little to spare. Most of your training can be done at chatting pace, but it’s also good to include some harder efforts.

You can either cycle outdoors in good weather, or indoors using a trainer such as a Wahoo KICKR. Many indoor trainers enable you to link to interactive cycling software like Zwift. This means you can ride with real people in a virtual environment – which makes it more fun. The workouts in our training plans can be exported to platforms such as Zwift, TrainerRoad and Garmin. However, it’s sensible to do some of your training outside on the bike you intend to use during your triathlon. This ensures you’re used to the feel and handling of your race-day bike.

Aim to run twice per week, but be sensible about your speed and distances, to avoid injury. For example, you could start off by running two miles and increase your distance by 1 mile per month until you build up to around 6-miles. In the last few weeks, you could include some runs straight after cycling, just to get used to the feeling. Do most of your running at chatting pace, even if it means you must include some walking. It’s also good to add some harder efforts but interspersed with plenty of easy stuff. Be patient with your running. Impatience leads to injuries, and consistency is your goal.

There are usually two 40-minute strength and conditioning sessions per week with our Olympic triathlon plans. Not everyone can fit them in around their busy lives, on top of their swimming, cycling and running, but it’s good if you can. These workouts can help balance your strength and flexibility, which leads to more efficient movement patterns and fewer injuries. We suggest you only do strength work in addition to at least two swims, two runs and two cycles per week, rather than instead of them.

Our training plans are for athletes who don’t feel the need for a personal coach, but who still want the structure and planning of an expertly-written training program. Research has shown that you are twice as likely to reach your goals if you train with a structured plan.

For a beginner who has some recent background in fitness or sport, we suggest you give yourself at least 16 weeks to get fit and ready for an Olympic triathlon. The sooner you start, the more time you have to build up your fitness gradually. Fitness adaptations take weeks and months to occur, rather than days.

The free 8 and 12-week training plans on this page give you an idea of what to expect, but you may also benefit from a longer plan that starts off easier and ramps-up more gradually. Click here to browse our 6 to 40-week training plans (with email support).

Do your best to follow the workouts below, ideally in their given order. To help you train at the right levels, we use five training zones, based on feel or heart rate. If you use heart rate, you can use our simple heart rate training zone calculator. Note: our premium plans include fitness tests for smarter, personalised training zones on every workout.

We also use some simple abbreviations to keep things easy to read:

This plan is suitable for Beginner or time-limited athletes preparing for an Olympic distance triathlon. With just 12 weeks to go until event-day, this plan assumes you are currently able to swim 800 m/yards with rests, ride for 40 mins and jog for 20 mins – but not all on the same day. The plan builds up to race day and helps improve your fitness and confidence for your target event.

Average weekly training hours are 4:37 with the biggest week at 6:12 hours. Training includes two swims, two rides, two to three runs and a 45-minute strength and conditioning session. There is usually one workout per day, with one day off each week. Every fourth week is an active recovery week, with less training, to help your body recover and adapt.

This short training plan is suitable for Intermediate triathletes, who want to maximize potential at Olympic distance triathlon whilst balancing life and training. With just 12 weeks to go until event-day, this plan assumes you are currently able to swim 1600 m/yards with rests, ride for 90 mins and run for 45 mins – but not all on the same day. The plan builds up to race day and helps improve your fitness and confidence for your target event.

Average weekly training hours are 7:26 with the biggest week at 9:12 hours. This includes two swims, two to three rides, three runs and a 45-minute strength and conditioning session. There are one or two workouts per day, with one day off each week. Every fourth week is an active recovery week, with less training, to help your body recover and adapt.

This short training plan is suitable for Advanced amateur triathletes, aiming to achieve peak fitness for Olympic distance triathlon. With just 12 weeks to go until event-day, this plan assumes you are currently able to swim 1800 m/yards with rests, ride for 2 hrs 30 mins and run for 1 hr – but not all on the same day. The plan builds up to race day and helps improve your fitness and confidence for your target event.

Average weekly training hours are 9:38 with the biggest week at 12:32 hours. This includes three swims, three rides, three to four runs and a 45-minute strength and conditioning session. There are one or two workouts per day, with one day off each week. Every fourth week is an active recovery week, with less training, to help your body recover and adapt.

Phil is a recognised expert with over 20 years of experience, having featured on many endurance sports publications (below). He founded MyProCoach in 2010 to to offer the world’s most comprehensive range of online training plans, all designed to help you enjoy the same success that my athletes and I have, while still making sure you have quality time for your family, friends and career (read 230+ detailed reviews here). 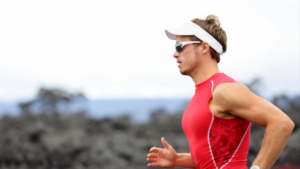 What Are The Age Groups in IRONMAN?

Looking to take on an IRONMAN 140.6? Here’s how to understand the age-groups and, who knows, maybe even qualify for the IRONMAN World Champs in 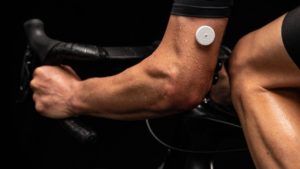 Supersapians, game changer or gadget? Over the last 10-days I’ve been testing the new Supersapiens glucose monitoring system, designed for endurance athletes. Supersapiens is the

The Triathlete’s Guide to Open-Water Swimming

The Triathlete’s Guide To Open-Water Swimming The technique, gear and training tips that’ll help you swim faster in open water.  For many new triathletes, open-water 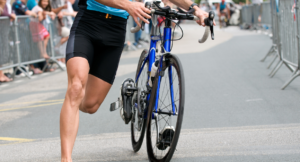 What Is A Good Time For Sprint-Distance Triathlon? Looking to race a sprint triathlon? These are the times you should be aiming for… One of