The Paleo Diet For Athletes. Does It Work? 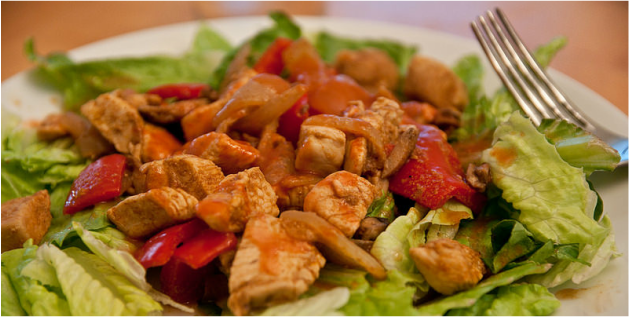 Will Cutting Carbohydrates Improve Your Triathlon Performance? We Ask An Expert…

For endurance athletes, eating a paleo-based diet seems to be very fashionable these days, with many blogs, books and websites dedicated to the subject, The general principle is to eat like we would have when we were simple hunter-gatherer animals or “cavemen”. During this time we would potentially have only eaten meat, fish and vegetables, and of course, we certainly wouldn’t have been able to walk to shops and buy a quick burger and chips or pop to the supermarket and buy a microwave meal.

The scientific argument for a paleo diet is made on some significant circumstantial evidence around studies of other primate diets, studies of fossils, anthropology and understanding our own metabolic pathways.

If you were to eat like a caveman, what would you need to do? Well, let’s start with those foods which are off the list. It includes anything pre-prepared such as pasta, rice and quinoa as well as other cereals and whole grains (like porridge), dairy, legumes (e.g lentils and chickpeas), bread, sausages, most sandwich meats, alcohol and even the humble potato.

What can you eat? Meat, fish, nuts, fruit and vegetables. But not any old meat and fish, just those which are organic and grass-fed. No tinned fish, just those caught naturally out in the ocean. So pretty simple really.

Alongside this, you will certainly eat more fibre in your diet. Which again is seen as a good thing in terms of health. You will also consume far more micronutrients such as vitamins and minerals. You will increase your potassium intake and decrease your sodium intake too.

Is salt also that bad for an athlete? We certainly lose a lot during training, so maybe we need to replace some in our diet too.

The paleo diet idea is based on significant circumstantial evidence and as such is not based on too much science. There is good evidence that low carbohydrate high protein diets aid weight loss, but not much about the long term adherence to them. I would also question the idea that the humble potato is not a natural food – if a caveman saw a potato I think he would have eaten it. We also know the Inca’s ate the grain quinoa too.

So is the Paleo diet a good thing for an athlete? Certainly, some of the principles are. Such as the idea of eating real food and avoiding processed junk. And trying to find natural carbohydrate sources like sweet potato. The protein intake is good too – as eating protein in every meal is essential for athletes. Research shows that 20 grams in each meal are optimal.

​However, there are times when an athlete is going to need a more carbohydrate-based meal like pasta or bread such as after a long bike ride or during periods of really heavy training. It can sometimes be hard to achieve this when following a paleo diet for athletes. So in conclusion, eating real fresh, good quality food is essential, but don’t get too obsessed – I don’t think our caveman ancestors would have.

So is the Paleo diet a good thing for an athlete? Certainly, some of the principles are. Such as the idea of eating real food and avoiding processed junk. And trying to find natural carbohydrate sources like sweet potato. The protein intake is good too – as eating protein in every meal is essential for athletes. Research shows that 20 grams in each meal are optimal.

​However, there are times when an athlete is going to need a more carbohydrate-based meal like pasta or bread such as after a long bike ride or during periods of really heavy training. It can sometimes be hard to achieve this when following a paleo diet for athletes. So in conclusion, eating real fresh, good quality food is essential, but don’t get too obsessed – I don’t think our caveman ancestors would have.